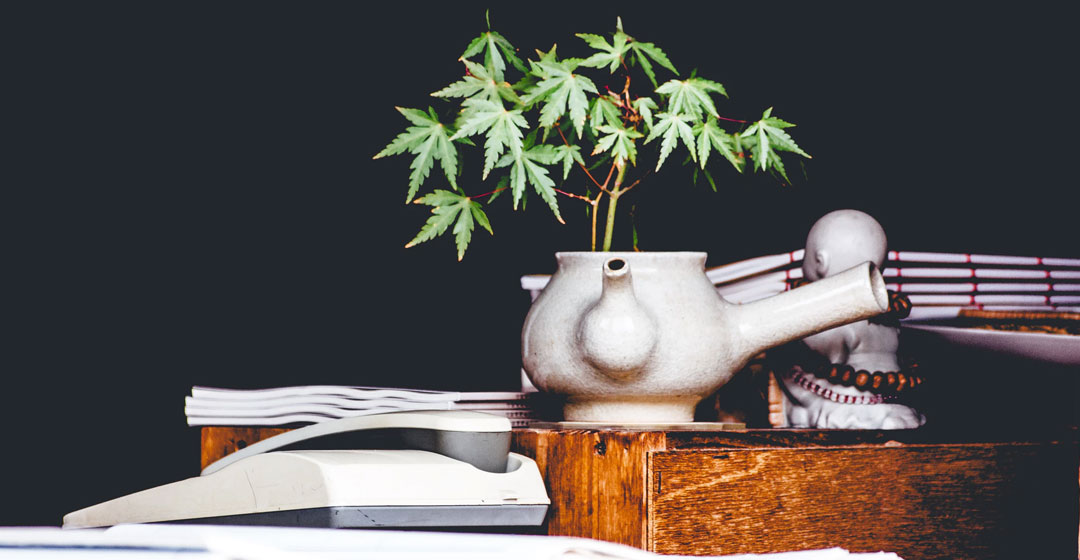 Recreational Cannabis and the Economy

Measuring the effect that recreational cannabis is having on the economy is finally becoming possible. Legalization had an immediate impact by infusing legal states with a new tax revenue stream. Some states realized higher than expected revenue gains, while California fell far short of its 600 million dollar projection. The second-way cannabis is impacting the economy is through job creation. Full-time cannabis jobs reportedly enjoyed a 44% increase from 2017 to 2018.

Taxing cannabis has resulted in hundreds of millions of dollars for the legal cannabis states that choose to tax and regulate cannabis sales. Cannabis taxes are also higher than state sales tax, by up to 37% in some cases. This positions the industry as a cash positive darling with projections of continued growth.

The cannabis industry is thriving so why did the 2018 tax revenue fall short of original projections in California? Experts point to an equally thriving black market in the state. It’s siphoning revenue away from the huge infusion of money that’s meant to enter the state’s coffers.

Another possible reason for the sluggish start in California, some say, is that the tax is too high. Currently set at 15%, it can make the difference where someone chooses to shop. Buy at a licensed dispensary or shop at a black market option? For some consumers, it’s purely financial. 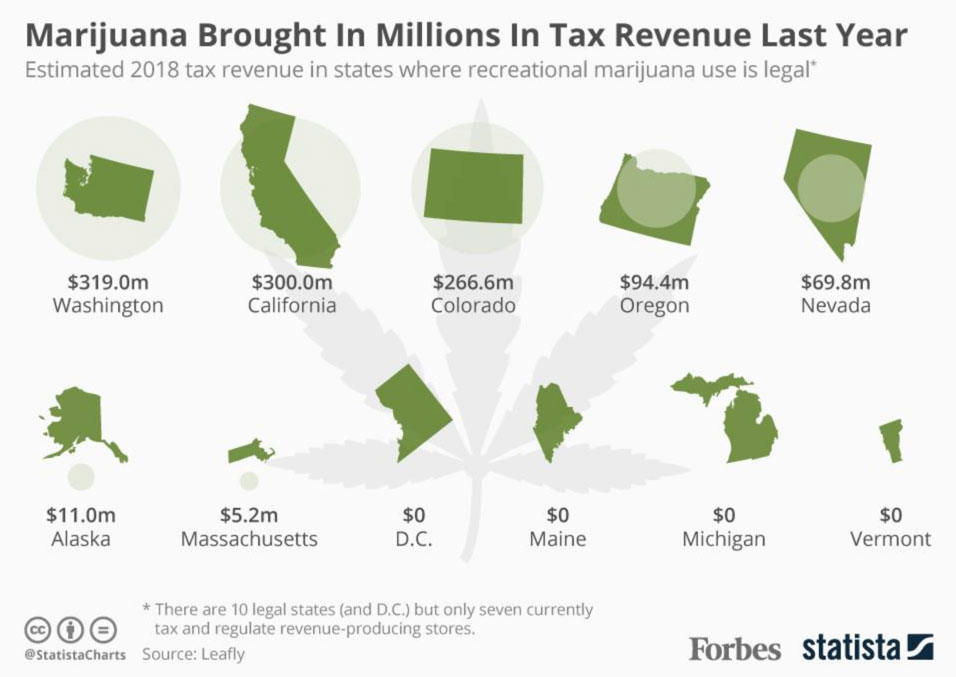 Cannabis Taxes, Where Do They Go?

With hundreds of millions of dollars from cannabis sales flowing into state and local governments, citizens should know what it’s funding. So far the data reflects that cannabis dollars are being used to fund medical research, drug abuse awareness, and building schools.

In California, only one-third of the state’s communities have allowed cannabis sales. That revenue is placed into a general fund to use on routine expenses, which are difficult to track. Luckily, some well-organized municipalities have earmarked the money for programs that benefit the homeless population, needy mothers, and social equity.

The remaining two-thirds of the state’s communities will not receive any revenue because they don’t participate, to begin with. This piecemeal approach to regulation has had a negative impact on the bottom line overall for the state.

Cannabis and the Job Market

The job market has been noticeably affected by the legalization of recreational cannabis. It has opened the door for supply chain, cultivation, extraction, marketing, packaging, retail sales, management, and transportation positions to flourish. Unfortunately, the statistics for cannabis jobs aren’t being tracked by the Bureau of Labor Statistics. Therefore we don’t have any official findings. However, thanks to a report by Leafly, we can assume that at least 300,000 jobs have been created in legal cannabis states.

The industry is still new and state legislators are adjusting their expectations and strategies to maximize the opportunity that recreational cannabis can bring to their communities. The trend toward positive sales nationwide demonstrates a thriving sector that’s here to stay. Given time, smart planning, and motivated community leaders, the positive effect that legal cannabis can have on the economy will materialize.